Here in America, it’s not uncommon to see a pot of cheerful chrysanthemums adorning a doorstep.

But in France, that simply wouldn’t be done.

This time of year, mums can be seen everywhere across France, sold at roadside stalls and overflowing in supermarket parking lots. But their cheery colors belie their somber symbolism in French culture.

The Chrysanthemum’s Significance in French Culture

Known as la Toussaint in France, November 1st is All Saints’ Day. On this day, families will buy pots of chrysanthemums and drive out to the cemetery, gracing the tombs and graves of their family with the flowers.

Did you know that in France, the families themselves must maintain and clean the graves of their deceased?

In France, the chrysanthemum is strongly associated with death, and it is a terrible social faux pas to offer it on any other occasion (so if you’re in France, don’t thank your dinner hostess with a pot of mums!). They’re commonly used in funerals, and are also considered a symbol of immortality, as it can survive through the winter frost and needs little care. Calling All Saints and Souls

All Saints’ Day is a public holiday in France, and the French take their holidays very seriously. While in America shops everywhere remain open on Memorial Day, in France the post offices, banks, stores and other businesses will be closed, aside from florists and the like.

The following day is All Souls’ Day or le Jour des Morts, when people pray for the souls of the deceased.

These holidays fall during the two-week school holiday, so it is also a popular time for families to take a short vacation. According to one article, on All Saints’ Day, “churches are draped in black, funeral songs are sung and prayers for the dead are recited. People visit cemeteries to pray at their family graves, then have parties involving singing and telling stories about the dead. At midnight they eat a special supper for the dead which traditionally includes milk, black grain, bacon, pancakes and cider.”

All Saints’ Day and Halloween in France

Created by Pope Boniface IV of the Catholic Church to honor all the saints and martyrs without their own holy day, All Saints’ Day was originally observed on May 13, then moved to November 1.

Some say it was a move by the church to detract attention from the Pagan celebration of Samhain on October 31, which would later become Halloween.

Halloween was virtually unknown in France until around 1996, when it began to increase in popularity. Interestingly enough, the children in France traditionally dress as spooky characters, such as witches, goblins, ghosts, vampires and the like. 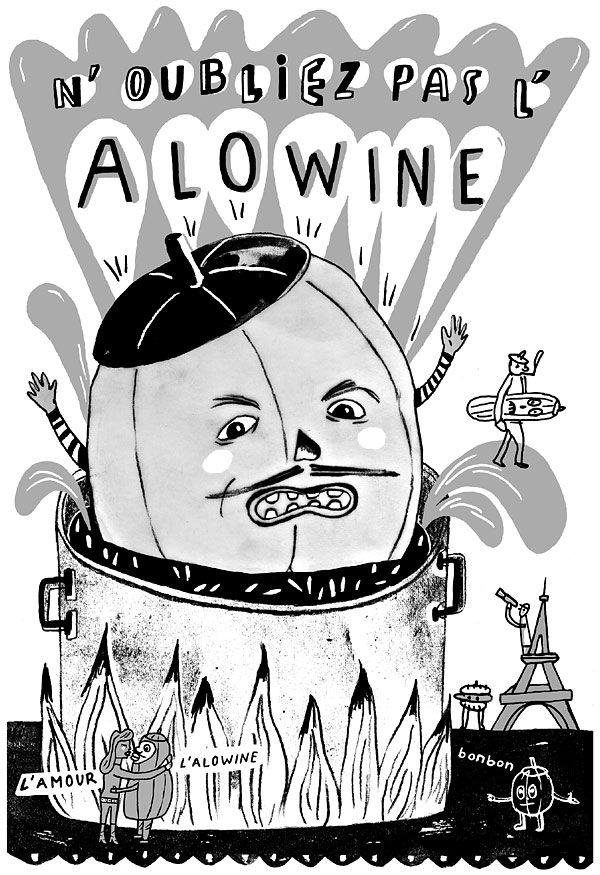 What flowers do you give for a death?

Lilies are usually funerals because of their white colouring. White lilies symbolise the innocence of a soul, once it has left the body. The stargazer lily is used specifically as a symbol of sympathy, so is usually given to the family of the deceased, whilst a simple, white lily represents purity.

Leave a comment on your opinions of this French tradition! I’d love to hear your views and stories!