Quick, what’s the first thing you think of when I say “country animal”?

I bet it was a chicken.

And if  not, it was probably the second thing you had in mind. If you’re familiar with the French Country look, chances are you’ve seen quite a few roosters here and there. Roosters are so quintessential to French Country because they’re important to both France and the general countryside.

The Rooster’s Significance to the Countryside

The rooster is an essential element of the countryside because of his role as the alarm clock and guardian. Day after day, he wakes up at the crack of dawn and proudly crows at the sun, waking up the rest of the farm. He proudly struts around the farmyard, bobbing his tail feathers, and bravely protects the rest of the flock.

The Rooster’s Significance in France’s History His vigilance and bravery are the very reasons he became the unofficial national symbol of France. The rooster has was often used to decorate church bells and watchtowers because of his vigilance and his religious symbolism. He decorated the flags of the people in the French Revolution and symbolized the resilience and bravery of the French Resistance in World War II.

His vigilance and bravery are the very reasons he became the unofficial national symbol of France. The rooster has was used to decorate church bells and watchtowers because of his religious symbolism. He decorated the flags of the people in the French Revolution and symbolized the resilience and bravery of the French Resistance in World War II.

The Gallic Rooster, or coq gaulois, is also a play on words. Gallus is Latin for both rooster and Gaul, the ancient origin of France. In Roman times, many Gauls used the rooster to symbolize their loyalty to their nation. 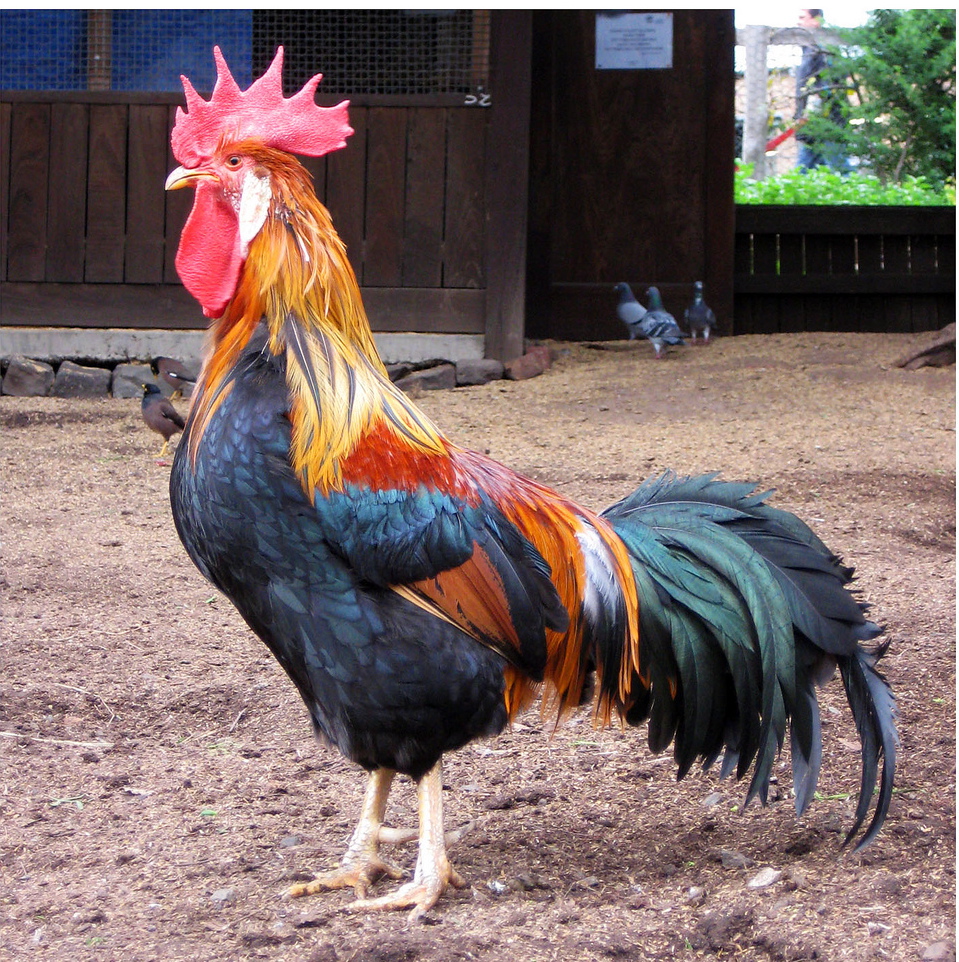 Get inspiration on how to include this valiant imagery in your home, and mix and match your French Country Rooster decor with some rustic patterns from our Fall collection.

Have you ever noticed how colorful a rooster can be? Their feathers are saturated with the loveliest golds, deep blues and greens, burnt siennas and crimson. I think it’s fair to say they’re just as colorful as a peacock, if not more!

Because color is so important to the French Country look, the rooster is the perfect accessory for many French Country homes and kitchens. Large ceramic roosters are common decorations on French Country tablecloths and table runners. Of course, ceramic statues aren’t the only way to decorate with roosters. They’re also used as motifs on dining linens.

As one of the leading suppliers of French kitchenware, Couleur Nature has a host of tea towels, placemats and more that all exemplify what's fantastic about French Country design.

A Chicken in the Home

I admit, I’m a bit biased toward the animal because I used to own a chicken when I was a child. A hen, to be exact, which I guess aren’t as exciting as roosters, but she was wonderful fun all the same. We named her Henrietta (quite the pun, eh?) and she was quite a feisty lady. Fortunately though, she was tame enough that the neighbors never came complaining about chicken noises, and sometimes she’d deign to let me carry her around in my arms.

One night after Thanksgiving break, she was nowhere to be found. I came bawling to my mom in the kitchen, who didn’t seem the least bit bothered. The next morning I found the family enjoying a pot of chicken curry.

I couldn’t help but ask as I stared into the pot, “Who is this?”

For the rest of that month, I stopped eating chicken.

Do you have any roosters in your home? Are you perhaps the lucky owner of a live chicken? Leave a comment, I’d love to hear your rooster stories!

Stay tuned for more French Country roosters on Monday, or check out our Pinterest board: Rooster Rendezvous!